Travel is sometimes about relaxation. I love a good nap by the ocean as much as the next person. However, how many times can we go to the same beach or mountain destination? Travel is about adventure, learning other cultures, and finding an entire would that you’ve only heard about or seen on tv.

Chances are that Bergen, Norway is not on your bucket list. It should be! We had never considered going there, until my oldest son kept mentioning it. So, in a throw-caution-to-the wind moment, we added it to our itinerary for last summer. Honestly, it’s one of the best decisions we’ve ever made.

We landed in Bergen at 11pm, and the sun was still high in the sky. Let the adventure begin! Because at that time of year the sun only sets for about an hour, the streets were still filled with people. Other than the initial shock to the system, the daylight caused no issues. Blackout curtains are the norm there, so you keep your normal sleep cycle.

Bergen is a small fishing village located in the fjords of Norway. It’s the reason we chose it over a more populous city like Oslo. Picture what you imagine Norway to be. Bergen is it. With its idyllic, wooden, Viking architecture, small-town Mom and Pop shops, and open-air fish markets, it’s like stepping into a postcard. 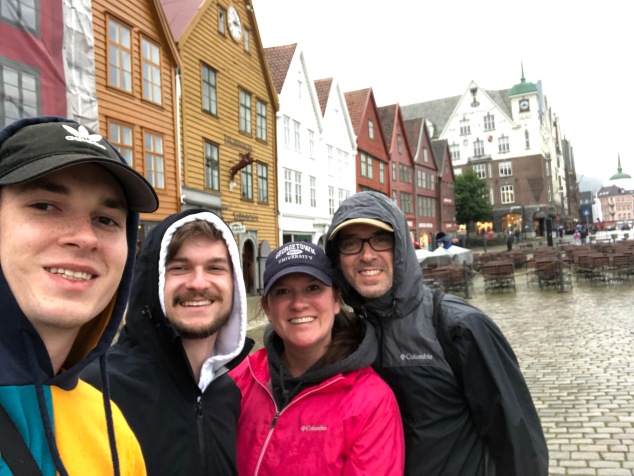 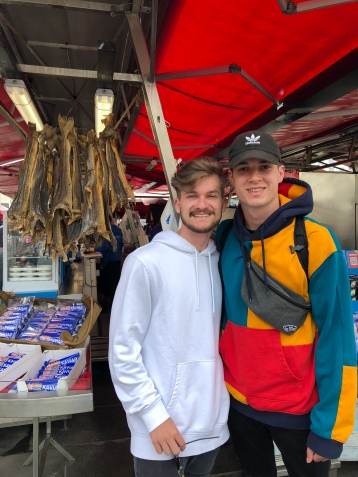 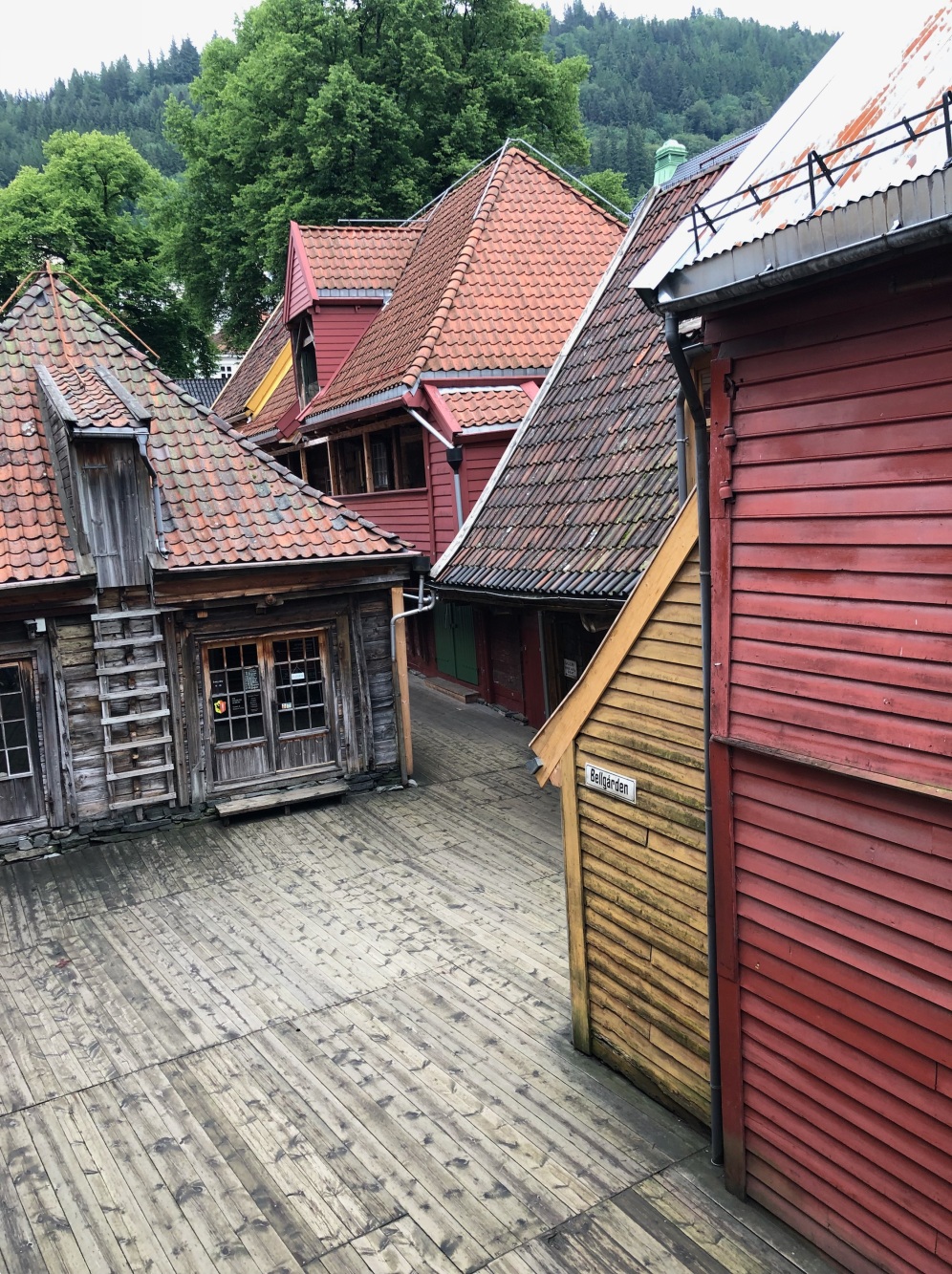 In our 3 days there, we met locals (Yes. Everyone speaks English, too.), took a fascinating historical tour of the city that included many hitorical residences and churches that have been meticulously preserved.

We also took a must-do fjord tour. The tour itself is about 3 hours long and takes you through breathtakingly beautiful mountains, waterfalls, and villages. The villages are so green and remote that you will first take pictures because it doesn’t look real, then you will wonder how Amazon gets there. 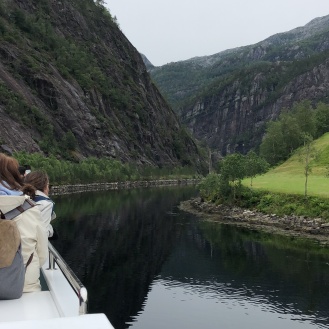 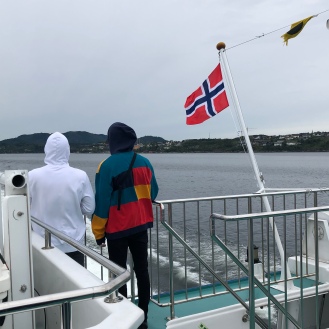 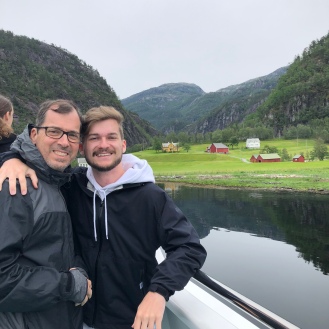 Bergen has a thriving art community and museums filled with famous works by local artists like Edvard Munch. A short bus ride from center city can get to you the old Stave Church. It’s the oldest church in Norway. If you’ve been to Norway at Disney World, this is that church but the real thing. Another short FløibanenFunicular ride takes you to the top of Mt. Floyen where you can hike or get great pictures. The adventure seekers and moment makers among us will also take the cable car to the top of Mt. Ulriken. It’s the highest point with breathtaking views of the city and the fiords. You can hike, climb, or even zipline! Either way, it can’t be missed. When will you have an opportunity to literally stand in a cloud again? 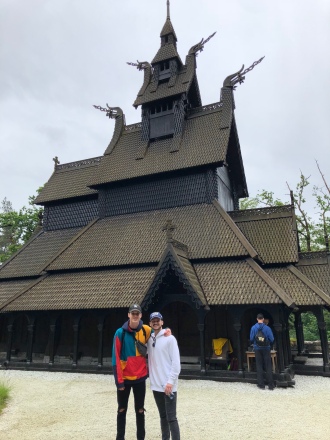 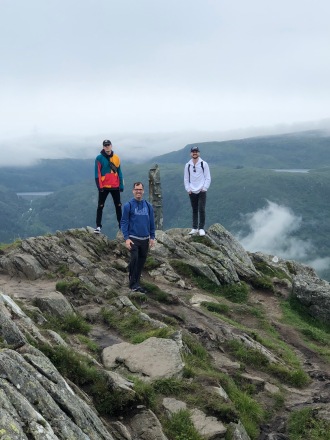 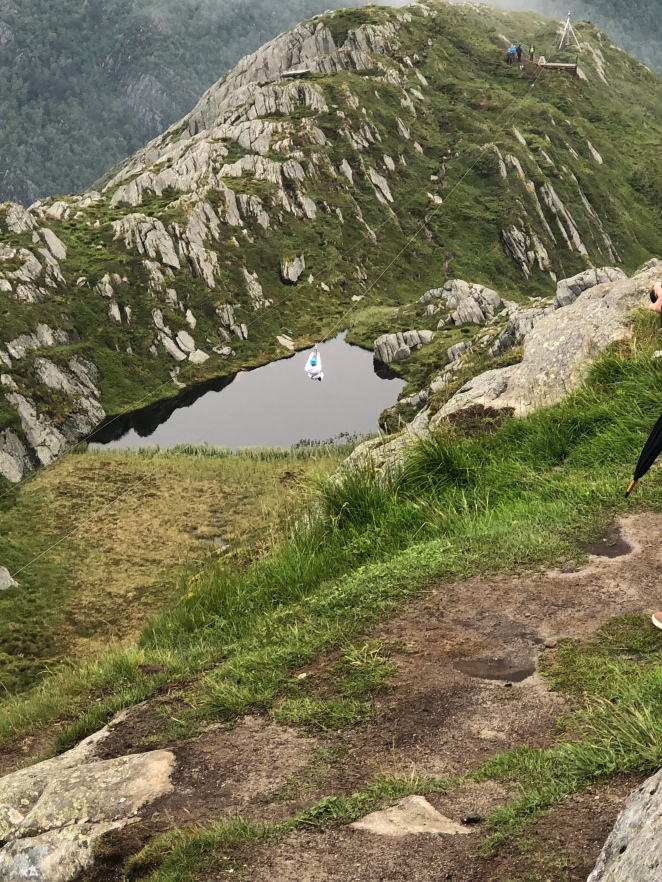 Bottom Line: Please don’t be afraid, intimidated, or daunted by a trip to Bergen. It’s a quick flight from most European countries and is unique and life-changing enough that you will never regret!

Dena Selvey has been with Once Upon A Vacation for four years. Dena and her family visit Disney at least once a year. Some of Dena’s favorite travel destinations include London, Rome, Germany, Norway, Sorrento, New York City, Chicago, the Bahamas and all places Caribbean. Contact her at dena@onceuponavacation.com to help plan your next adventure!